We really enjoy going away with friends as we’re all so busy these days that catching up on holiday seems like as good a plan as any other.

This year we’ve had a lot family trips to Scotland and the Yorkshire coast (this is where someone reminds me of a trip that I’ve forgotten about) but it wasn’t until nearly the end of the year that we went away with friends for some sun.

Our friends Matty and Fi were already tied into other holidays due to school term times and as their daughter started school this year it had to be half term. Surprisingly we struggled to book something at first. There just didn’t seem to be any flights or packages or anything released for October when we were looking. We were pretty sure we wanted Cyprus or Crete and we went round the houses so much that for months I actually forgot where we booked! Fi likes to organise and as Andrew was in major Scout camp planning mode and I was drowning under Rangers admin of booking things in for the Autumn term and all the paperwork taking some Rangers and Guides on an adventure weekend that we were happy for someone else to take the reins. We often find that we get so bogged down in making sure that all the required paperwork and safeguarding stuff is done for other people’s kids that our brains tend to fall out of our heads when it comes to ourselves. Luckily, Matty and Fi are a bit more practised at family holidays than us as their daughter is 4 ½ and they have a lot of nieces and nephews!

So Fi booked us a lovely little villa in Stalis. It was a great location but the less said about the stereotypical Greek wiring the better – we were very lucky that neither girl took an interest in the sockets!  I couldn’t get the WiFi working on my phone so I did a full week social media free – proved Andrew wrong HA!

Ophelia did really well on the flight over and was her usual cheeky self. Her shocked face at take-off was a picture. She held our hands for take-off and landing – it’s little moments like that that remind me that I’m not so crap at this Mum thing and especially not so crap mumming after loss.

We went with a well-known car hire company and as we predicated got a worse car than the others who went with a dirt cheap company! Never the less Andrew enjoyed nipping around in our crappy Fiat Panda. 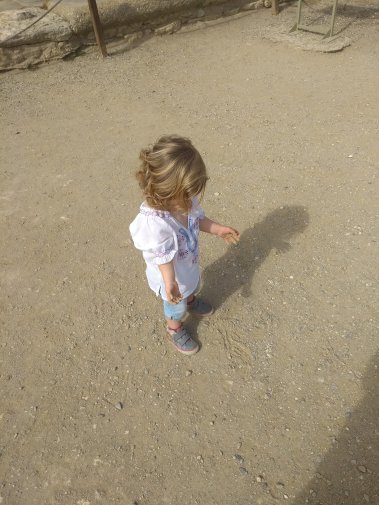 Our search for Lidl to do our food shop was a comedy of errors – I was feeling “delicate” from Greek wine the night before (too excited to be on holiday!) and our sat nav only had Western Europe on it so we had to fire up Google maps on Andrew’s phone. We arrived in Hersonissos to be greeted by a coach turning round and everyone being diverted down the coast road by the police. I say road it was more of a walkway only slightly wider than our car and very definitely a one way system. We finally found our way back to the main road where we were greeted by both sides of the street lined with people waving flags – turns out it was Ohi Day and we had nearly driven through the parade! After all that Lidl was closed so it was Spar and the café next door that saved us!

The weather was great during the day and cooler at night. The pool was cold as it was unheated but it was nice to dip your feet in and for the girls to bob around in a little boat. We went to the beach lots and of course Ophelia was a typical toddler and enjoyed prancing around naked.  We half adopted a random local dog for the week and we called him Humphreyos. There were dogs everywhere which meant we had to re-enforce our how to be with dogs training with Ophelia as she lvoes them so much.

We also had a little drive out to Sissi which is a gorgeous little fishing town with a beautiful harbour.  It was really strange seeing the resorts of Stalis and Malia shutting up shop for the season. As a result finding good restaurants still open was hit and miss.  We found the best restaurant on the final night in Malia of all places called Milos – the service was great and they were so good with the kids.

Our cultural activity for the trip was going to see the palace of Knossos. Ophelia naturally enjoyed playing with gravel and swinging on a rope. At the entrance she also handed me a canine foot – dog or fox I’m not quite sure eeerrrrlack anti-bac stat!!! Remember student cards from your university to get free entry and if you don’t have kids maybe get a tour guide so you can get the full experience. The tourist shops outside the palace sold all manner of tat. It reminded me of the things my Grandma Rene and Grandad Colin used to bring home for me and my cousins: shell trinket boxes, fans & giant pencils. The ends of their lives are full of heartbreak and painful memories (we lost them just before and after we lost Alexandra) that it was great to have the happy memories start to come back. 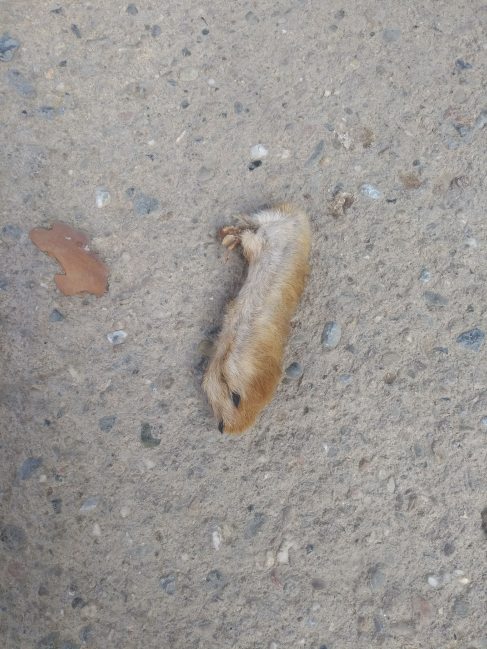 This was my second trip to Crete and I would definitely go again. Families are made to feel so welcome and we didn’t feel like an inconvenience once. For our next trip we need to invest in a bigger 2nd suitcase so we can take some more toys and games. We also need to be more organised in downloading things for the iPad for when things get too much and get some headphones for Ophelia – parenting is seriously how long before you break all the things you said you would never do!