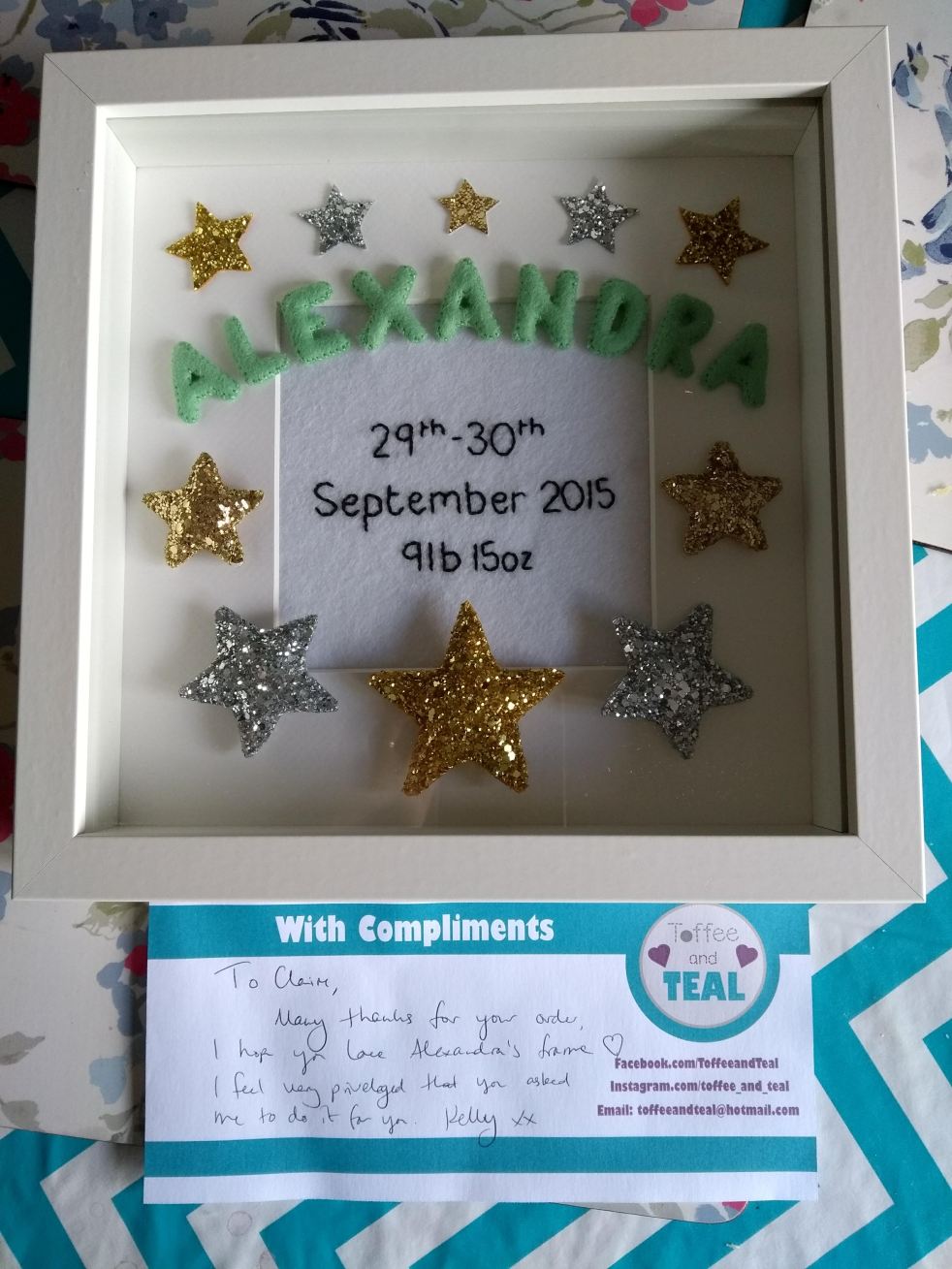 And so another September rolls around. Our third since Alexandra passed away. After the great summer we had I got an uneasy feeling about September appearing. The air changes; you can feel the coolness on the breeze that the seasons are changing. Despite the numerous painful anniversaries; it is still my favourite time of year. September and October will always continue to be challenging months: Alexandra’s due dates sailing past, her birth, finally meeting her, her passing away, her funeral and add into the mix Ophelia’s birthday and Baby Loss Awareness week; it makes for an emotional cocktail.

Autumn into winter has always been my favourite time of year as it’s always been a “new year” to me. The girls in our Girlguiding group are more enthusiastic as the levels of stress and coursework haven’t been ramped up to 11 by school or college just yet. I no longer feel like a beached whale (yes even at a size 10 I still get chub rub); and I get to wear my fluffy knits and Bridget Jones PJs with no shame! There are a lot of birthdays to celebrate and dare I say it: I love the run up to Christmas including Halloween and Bonfire Night. I really miss Bonfire Night as we have to hunker down to look after our poor Humphrey dog who just cannot cope with fireworks.

This year decided to keep ourselves busy and so we started the month with Andrew appearing on BBC Radio Leeds talking about Charcot Marie Tooth Disease. I’d seen a plea from the CMT charity on Facebook for people willing to talk about their experiences to the local press where they lived. I mentioned it to Andrew who thought why not? He’s never paid it too much attention to it: many of his close friends have never realised that he has it. Earlier in the year he decided to see the GP and get referred to see if there were any exercises that he could do to stay as active for as long as possible so he can stay active with Ophelia. This was probably triggered by Ophelia being late to walk and us being referred to specialist medical people. We could get the blood test to find out if she does have it but for now we’ve decided not to. We don’t feel that we want to whack a label on her if she does or to use it as a reason to not have a go at things. We don’t want her to get a mental barrier in her head. My mental maths barrier is still alive and kicking 17 years after GCSEs!

In the end he answered a questionnaire and had an interview with the charity PR rep and it turned into him being featured in the Yorkshire Evening Post and an interview on the Stephanie Hirst show. Despite Andrew’s nerves he had a really fun experience. It was fascinating to see behind the scenes. I’ve listened to Stephanie for years and it was great to meet her in person. She’s so lovely and upbeat about life despite her own struggles.

I’m proud of the positive attitude that Andrew has towards having CMT. He’s on the milder end of the spectrum but he doesn’t let the fear of how it will progress take over. It will have some effect but we don’t know what; so what’s the use in worrying? Better to experience life now whilst we can. We’ve both taken the decision (and it wasn’t easy) to try and live a more positive life. Do positive things. Keep talking: about Alexandra, about baby loss, about bringing home a baby after yours died, about having an inherited condition. It would be so easy for us to “wallow”; to be stuck. We’ve reached a point where we may have been dealt a poor stack of cards but that’s what we have. We can’t live on the never never.

The next couple of weekends were busy too: I took away our Rangers group to an activity centre and it was great getting back into doing more traditional Guiding things after 3 years of making/bringing up babies. We also had a weekend near Appleby with some Scottish pals and made full use of the hot tub. Again; I can’t remember the last time I was in one as you’re not allowed in them when pregnant.

By the time our Alexandra days rolled around we were pretty tired. We had a glut of eggs so I made a chocolate cake like a woman possessed late into the Friday night. It was the first time I’d made a cake for Alexandra and I would’ve had an almighty Bake Off style tantrum had it gone wrong! We felt acutely aware that we wanted to do something. The day trip to Whitby went out the window and we decided to do things closer to home. I went to fat club as normal and went for breakfast with a friend.

After lunch we drove to York to see the Balloon Fiesta. I’m glad we went mid-afternoon as the traffic later in the day was utter chaos. We got to see one balloon being filled to test the conditions for the afternoon/evening display. It was so windy I’m not surprised that not many went up in the end. Unfortunately, we discovered the kids tent too late and most of the activities had finished. Ophelia was too little for most things but it’s definitely something that we would do again.

On the Sunday some friends came over with their little boy and we went across to a nearby town that was holding a soap box derby and watched Andrew hurtling down the hill. It was great to see Ophelia playing with a little friend. We ate our body weights in cake.

I feel that this year more people remembered Alexandra’s days because of the blog. Her birthday isn’t likely to be in people’s phones so they’re not going to remember the exact day. They might remember the month or time of year. It really makes my day when we get a message or a card when people do remember though. That’s all any of us “loss parents” want: their child not to be forgotten.

All in all the days weren’t as physically soul destroying as they have been in the past. It was ok. We got through. I’ve felt more wobbly since but that’s probably because I’ve been preparing a few things for Baby Loss Awareness Week and reading a lot more books about baby loss that have recently been published. These are exactly the types of books I wish were around 3 years ago. 2018 definitely feels like the year that the online “baby loss community” has broken mainstream.