This originally appeared in October 2016 on Rock My Family 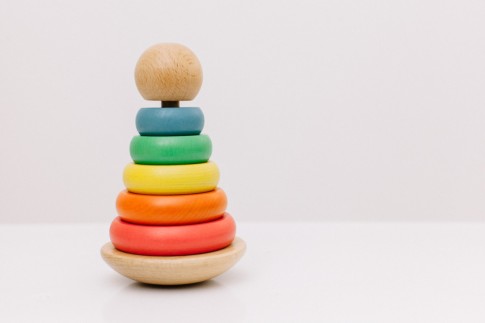 The wonderful readers of Rock My Family indulged me in telling the story of my first born Alexandra who sadly passed away. At the end of my story I revealed that I was pregnant again with our second baby. I hope you’ll indulge me once again in my rambling thoughts about going through pregnancy after such a catastrophic loss.

Physically; this pregnancy has felt very different. That old adage of “every pregnancy is different” turns out is very true. I allowed myself to just give in when I felt tired at the start. I was sick more in the first 12 weeks this time. Sadly no rock hard boobs as I hadn’t lost all the baby/not looking after myself weight. I managed to get a lot of it off through Slimming World (total cult but it works!) so I gave myself a break from that to remove as many layers of stress as possible. I wasn’t bothered when my bump came and then popped – I felt proud if it plus I now know that I’ve got the willpower to get weight off afterwards!

Weirdly this time around I missed not being able to have a glass of wine on a warm Friday night a lot more. Sainsbury’s do non-alcoholic fizzy wine for £2.50 a bottle this isn’t bad at all (you’re welcome!); honestly don’t even bother with non-alcoholic wine. It’s fine for one glass and then it’s why bother?!

For the rest of my pregnancy I dreaded the arrival of SPD, reflux and carpal tunnel but at 34 weeks (touch wood) they’ve barely made an appearance. The reflux is only now starting to kick in and I’ve been able to walk Humphrey the wonder dog for a lot longer this time. I even managed the Gay Gordons at a Scottish wedding! Plus trips to London and Edinburgh! It was only when I got big that Andrew took over the walking duties; the tiredness meant that I felt like I’d been punched in the face by the time I got to work if I was walking Humphrey in the morning.

On my trip to London I got a “Baby on Board” badge (I’m a Girl Guide; LOVE a badge) and it made a bit of difference getting seat in Leeds; London not so much. Andrew really wanted to make a fuss but I wouldn’t let him as I felt fine to stand. He was more worried about me falling if we stopped suddenly and needed to get checked out; fair point. The badge has stopped making a difference in Leeds now – a young able bodied man actually raced me to a seat! People are too involved in phones to look up I find. I think if the SPD had come back I would be a lot bolshier in demanding a seat.

Mentally; it’s been the worst kind of rollercoaster ever. I’m on intensive consultant led care at the LGI and we’ve had scans at 3 week intervals. This has been a mixed blessing. At the start I was convinced I would lose the baby early and checking every time I went to the loo. At our first scan at 9 weeks I thought I was there to discuss taking aspirin as it’s been shown possibly to help with placenta issues but I got a surprise scan as well. The consultant said “what else would I do?” Another fair point. At 9 weeks there was our little jelly baby with their heart fluttering away.

The build up to each scan we felt like we had Schrodinger’s baby – they could be alive or dead or both. The run up to each scan was very stressful; the relief was immense when we saw baby on the scan and then crashing down because unless I was attached to a scanner 24/7 we couldn’t know if baby was still ok. Once baby started moving I felt relief but then absolute panic if they stopped. I had to reassure myself that the baby would exhaust itself if they didn’t stop moving.

My midwife referred us both to a “Pregnancy in Mind” class that the NSPCC was running for couples who experience anxiety/depression whatever the reason. Andrew helpfully nicknamed it “sad camp.” As usual he got more out of it than he thought he would (same with SANDs meetings). It gave us good coping techniques for when we felt ourselves spiralling; 5,4,3,2,1 (5 things you can see; 4 things you can touch etc.) to kind of ground yourself again. I found some meditation clips on YouTube that were helpful – although in practise a bit difficult to do when you’re trying to relax in the living room with the fluffy getting worried about why you’re on the floor with cushions and trying to pad around and then snuggle in. We were also very aware that we didn’t want to frighten the other couples in the class so we just had to be very matter of fact in pointing out that our normal is not normal. The best homework was scrapbooking and writing feelings with our scan photos. Cutting and sticking and GLITTER makes for a very happy Claire.

Other things have been very hard to deal with. It will always amaze me what people think it’s appropriate to say to a pregnant grieving mother. “Are you petrified?” yes thanks for pointing out the bleeding obvious. That’s the one I can bring myself to actually write – others have been much worse and it’s hard to find any way of compassion. I find that many of these comments have just revealed the foibles of other people that I’ve long suspected/knew was there all along. I hate the phrase “to be fair” – no I don’t have to be chuffing fair; my child died in my arms and I don’t deserve to have other people’s stress dumped on me. Not my circus; not my monkeys.

As you can tell there are moments when I’m the most angry and judgemental person in the world. Hands up; I try to leave my judgey pants at the door but sometimes it’s just too hard. I will get upset if I see a clearly pregnant woman carry notes puffing away on a cigarette. I will get angry and upset over comments that may not have been meant in a hurtful way. I’m certainly carrying a lot of baggage – some days I can carry it; other days the bags just tumble.

I’ve done quite a bit of crafting as therapy over the past year. “Money for Nothing” definitely sparked the creative juices again. I’ve done 2 courses at the Ministry of Upholstery (fiendishly hard but well worth it!) and dug out the sewing machine and made some bunting. I’ve also dipped into the world of upcycling. I re-painted some drawers from our Grandparents’ house for my cousin and I’ve upcycled a mountain of tea sets into candles, bird feeders and pin cushions. I’ve also indulged my love of vintage and gone to a lot of fairs and events. Not that I can wear vintage – too much boob and arse. Vintage furniture is my current “thing”; I view it as going to a little museum exhibition about design. Can’t really have that much vintage in a mid-90s house! But one day the dream is have a house big enough for a sideboard!

Even though we know the gender we can’t agree on a name. I’m hoping I’ll be duly informed by baby what their name is. Otherwise they might end up being #minimc2 at this rate! With a month to go we’re biting the bullet and looking under the dust sheet in the back bedroom to see what stuff we’ve actually got. We’ve not bought anything new as we never got to use it with Alexandra. Furniture is going to get moved so Humphrey gets used to losing one of his little den spaces in the living room and to get used to the pram being in the kitchen. The scary life size baby doll and sound clips will come out again so we can role play around Humphrey. Honestly; the things you do for your fur baby! The only things I’ve bought are a cuddly Humphrey and a book to explain who Alexandra was from Thestoryof books that uses age appropriate language to explain death to children.

We’re booked in for an elective c section mid-October. I go cold at the thought of surgery again (honestly who are these people that voluntarily get bits plumped/nipped/sucked? I shudder at the thought of what actually is going to happen). I don’t want to go anywhere near or over my due date so I will woman up and face the operation and hope the recovery isn’t too bad. I’ve told people we know the date as getting texts saying “haven’t you had that baby yet?!” when you’re in hospital with your daughter hooked up to life support and discussing her level of care was just horrendous. So we’ve made a sort of plan and hopefully it will go our way this time.

Fingers crossed I’ll be indulged for a third instalment about bringing our baby home and how we all cope – including Humphrey dog.

One thought on “My Rainbow pregnancy with Ophelia”